It’s important to read our basic mounting instructions before continuing on. They will help you determine what tools you will need and also about how to mount the individual planks and Escape Hatches.

For this complex you will need four studs spaced out at 16″ from center to center. Start by marking the center of each of the four studs you’re using. 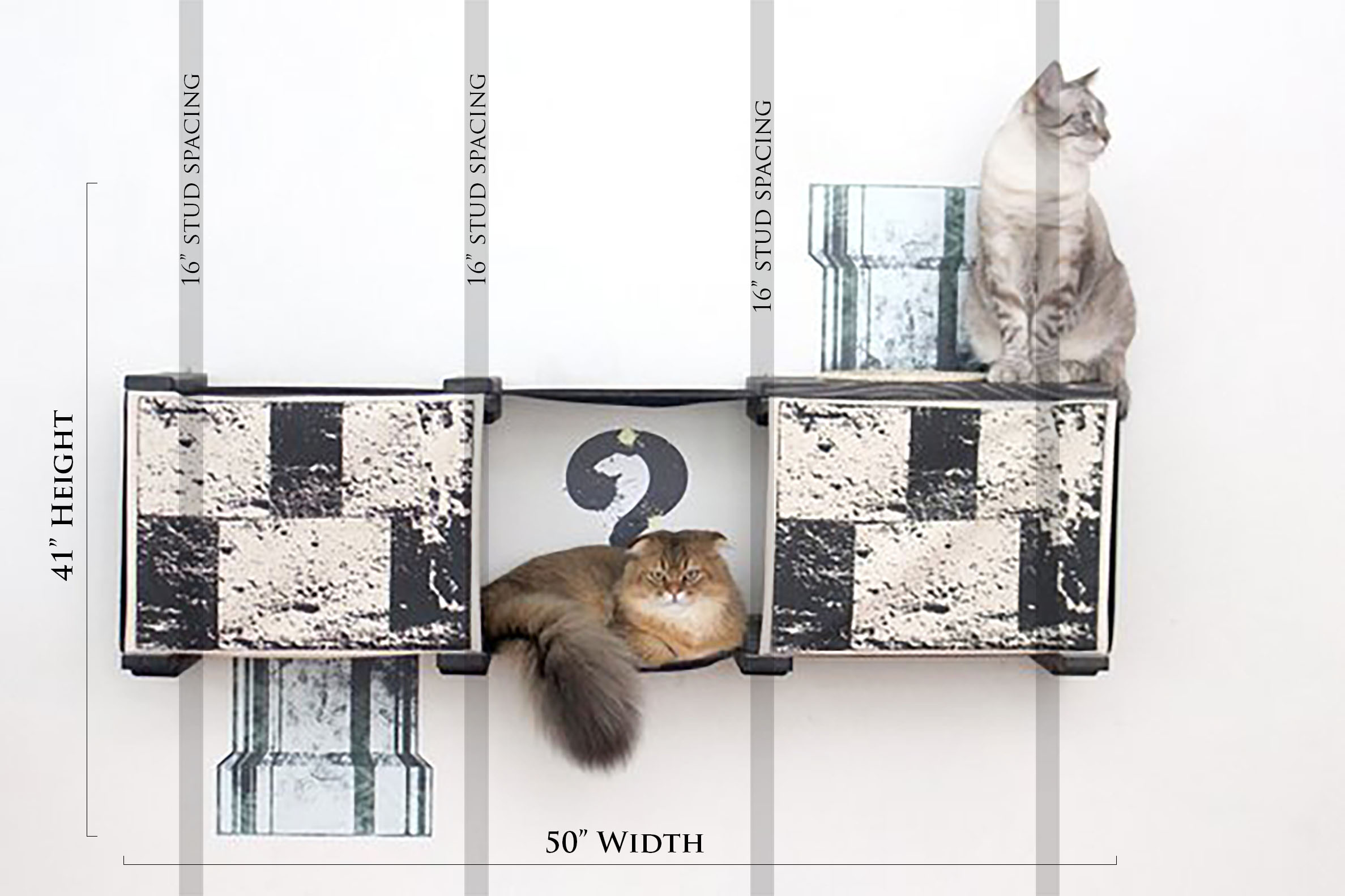 The Cat Mod Mario comes with a single piece of fabric 14 grommets long. It’s easiest to cut your fabric before mounting the planks. Below are the different fabric cuts you will need to create the Cat Mod Mario.

When cutting the fabric to size, you want to cut 3/4″ from the center of the grommets. This length allows for the fabric to hold tightly in each plank.

Starting from the second stud from the left, mount your first plank and attach one of the seven-grommet-long sections to it, which will be continued to the right. Attach the plank top to hold the fabric in place. Now find the location of your next two planks by using every other grommet down the fabric. Mount those planks, one at a time, in the same manner you mounted the first plank.

Use the last two grommets and a plank to pull the fabric directly up from the last plank mounted. Start with the plank upside-down in the grommets, then turn it right-side up and pull up. It's best to use a level to be sure the fabric is going straight up, and mount plank into place.

Now attach the other seven grommet long canvas to the plank you just mounted, and pull the "brick" canvas up over the two top planks. Remove a plank top from one of the remaining planks and temporarily install it in the left-hand plank to hold the fabric in place. The Escape Hatch will be installed in a later step.

Use two other planks and find their locations Using every other set of grommets down the fabric and a level, find the locations for the next two planks and mount them, leaving the plank tops off for now. Then attach the last set of grommets to the last plank, pull directly down, mark the location of the plank, and then mount it in place. Again, leave the plank top off for the time being.

Lay the strip of black fabric  back over the mounted planks, and the attach all the plank tops and Escape Hatch shelf.

Lastly, cut around the outside of the wall vinyls, peel off the backing, and place the vinyls on the wall as shown in the photo to the right. 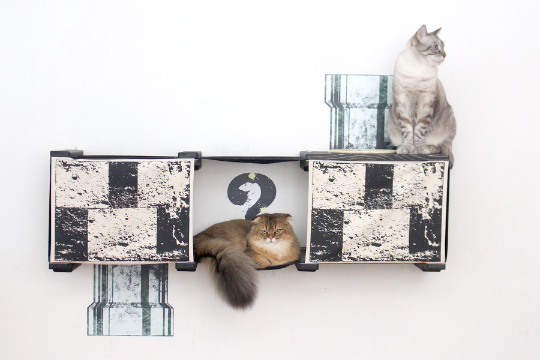