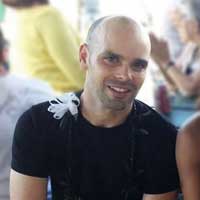 Mike has his GED along with a small handful of purple participation ribbons from being on a swim team. 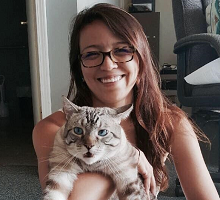 Megan can jump higher than almost anybody I know. She also has a rare bottle cap collection. 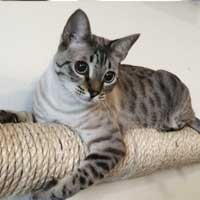 Heisenberg is our middle cat. He hates cups of water on counter tops, and does his best to push any of them he finds onto the floor. 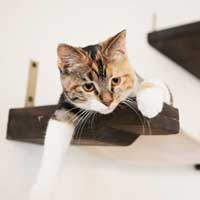 Lylah is our youngest and smallest cat, a rescue. She took Heisenberg's spot of being the cutest cat in the house, and she knows it, which makes her a little bit of a bully. 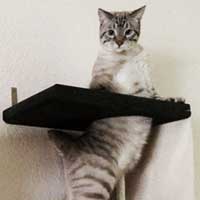 Ickle is our larger cat. His energy level is very low and gets out of breath very easily, but that never stops him from having fun.

We're a shop with pretty humble beginnings. The first piece we built was our Indiana Jones Cat Bridge. After my mom saw it, she said we should start selling them on Etsy, and we just grew from there. For the first month, we built everything in our third floor apartment, in Portland, OR. We had a miter saw and a table saw in our spare bedroom and did all the sanding by hand. We did all the noisy cutting after the lady in the apartment under us went to work.
[/cs_column]

After that, we graduated to renting the smallest garage in Portland to do all the wood cutting, sanding, and staining. Working with Matt Kindall, who owned a local business building toddler furniture, we made the proper changes to ensure we were creating quality, safe cat furniture. 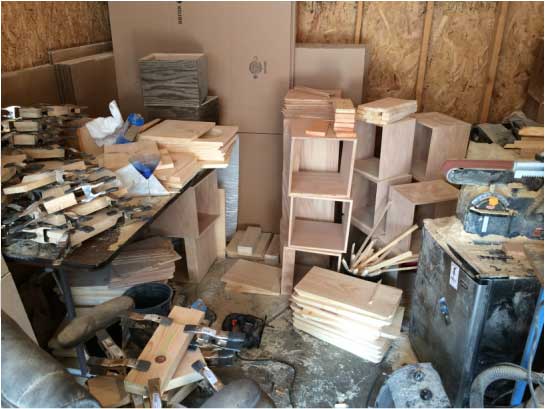 We launched our supermario Cat Complex. Which received an over whelming amount of attention online. 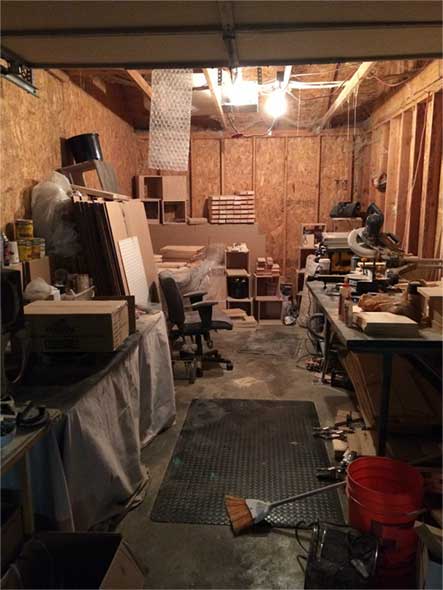 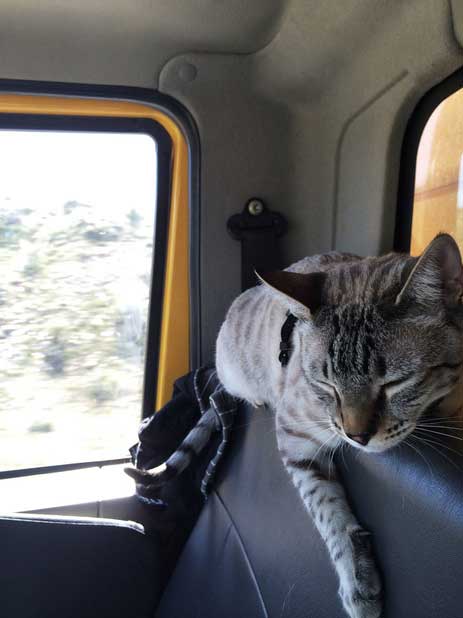 In the last year, we've been lucky enough to receive a lot of attention online, including a write-up by NBC news and an interview an BBC Radio in the UK. We eventually got backed up to the point that we couldn't keep working our other jobs and moved to Grand Rapids, MI to pursue building cat furniture full time. 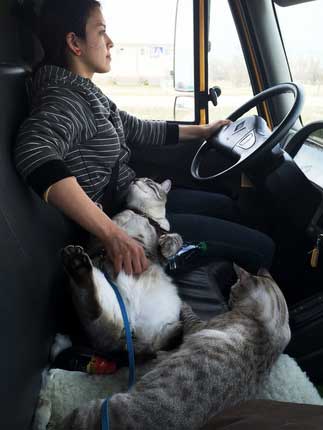 This was a huge deal at the time. Megan and I moved into a two bedroom townhome with a two car garage. We planned to make it a cat furniture super factory. But two months and 3 employees later it was crowded and unmanageable... and cold, because our super factory garage wasn't heated. 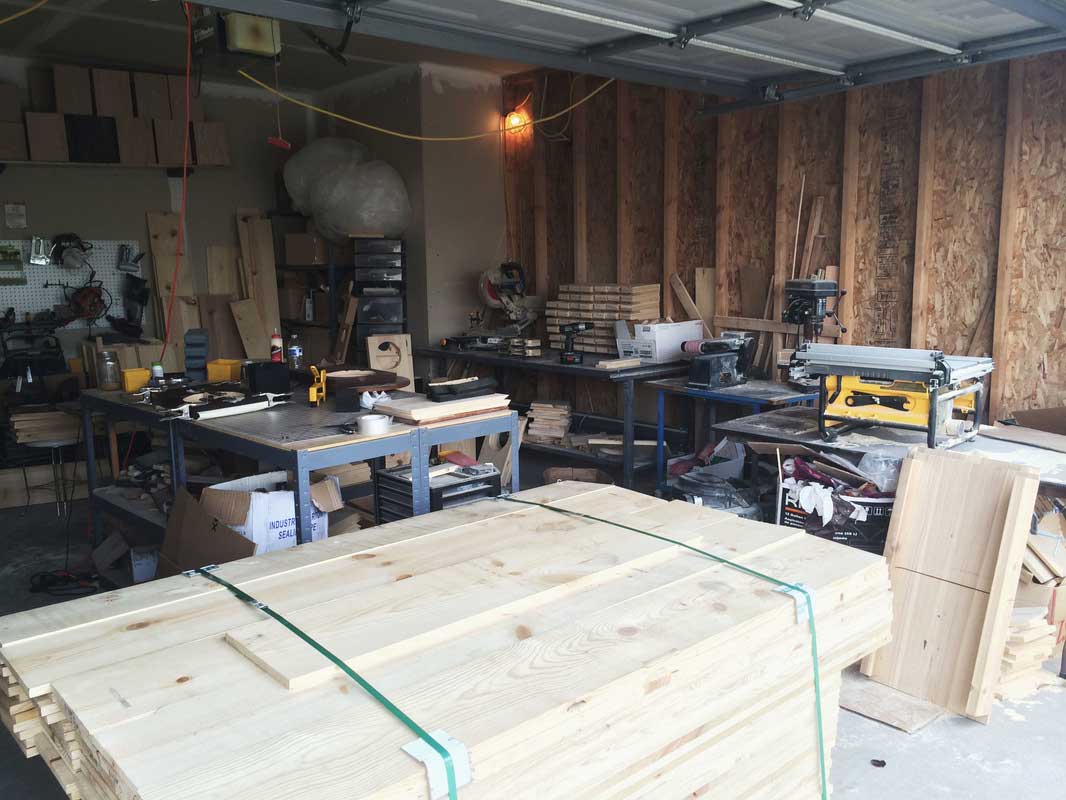 We ended up getting a commercial space, which made it the fourth time moving the workshop in less then a year. After five months in the new space, we had nine wonderful employees and were quickly outgrowing our new space.

A major problem we ran into working out of this space was that our front office are doubled as a shipping area. It was cramped and difficult to ship out of. We also only had one warehouse which we used as both a wood shop and an assembly area. We ran into issues which saw dust getting on all of our finished products and needing to be blown off before sending out. 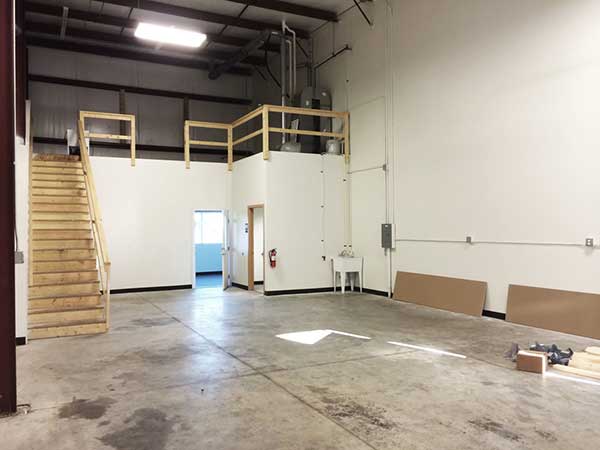 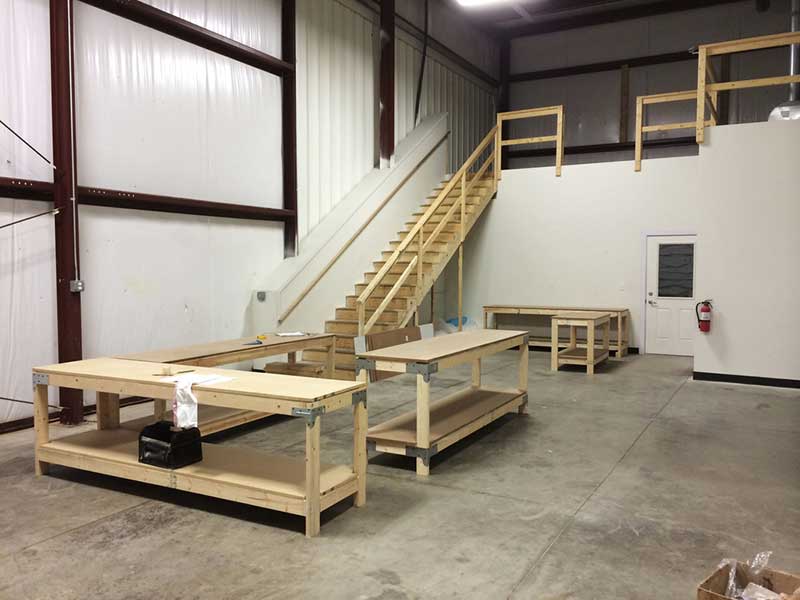 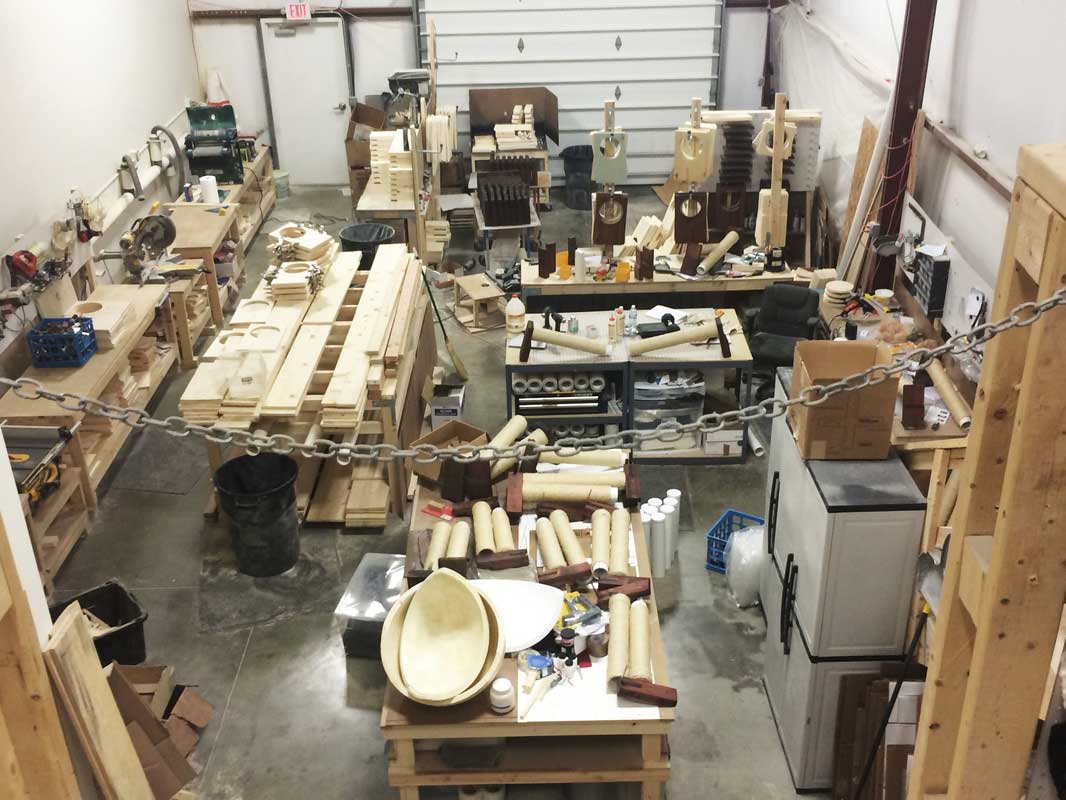 Our 2nd commercial space was a big move for us because it gave us two separate warehouses so we could have the wood shop in a separate space. This helps with sawdust traveling to finished products and was something we wished we did a lot sooner.

After a year in the space we started to realize we should've gone a little larger. We recently added a second shift so that employees aren't having to share stations.

We are absolutely blown away that we’re able to be doing this for a living. Huge thanks to everybody that’s helped us get to this point, whether you've bought one of our pieces or mentioned the shop to a friend. We are so lucky to have such great fans.